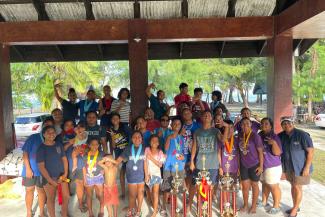 NGARAAD STATE, Palau (April 5) --- On March 26, 2022, the Ngaraard State Government, in partnership with the Palau National Olympic Committee and the Australian Embassy in Palau, hosted its first Kerradel Beach Games at Kuabes Park. Each of the five counties of Ngaraard were well represented by a total number of 59 youth participants competing in the following sports: Archery, Beach Volleyball and Beach Wrestling.

To commence the Games Governor Sharp Sakuma and Delegate Gibson Kanai each gave brief motivation messages to the youth and further challenged them to take advantage of the opportunity of the 1st Kerradel Beach Games. It is through these events our youth get to build better and stronger relationship amongst themselves, raise awareness to fight obesity in our youth population and encourage motivation and good competition in the sport community of our state. 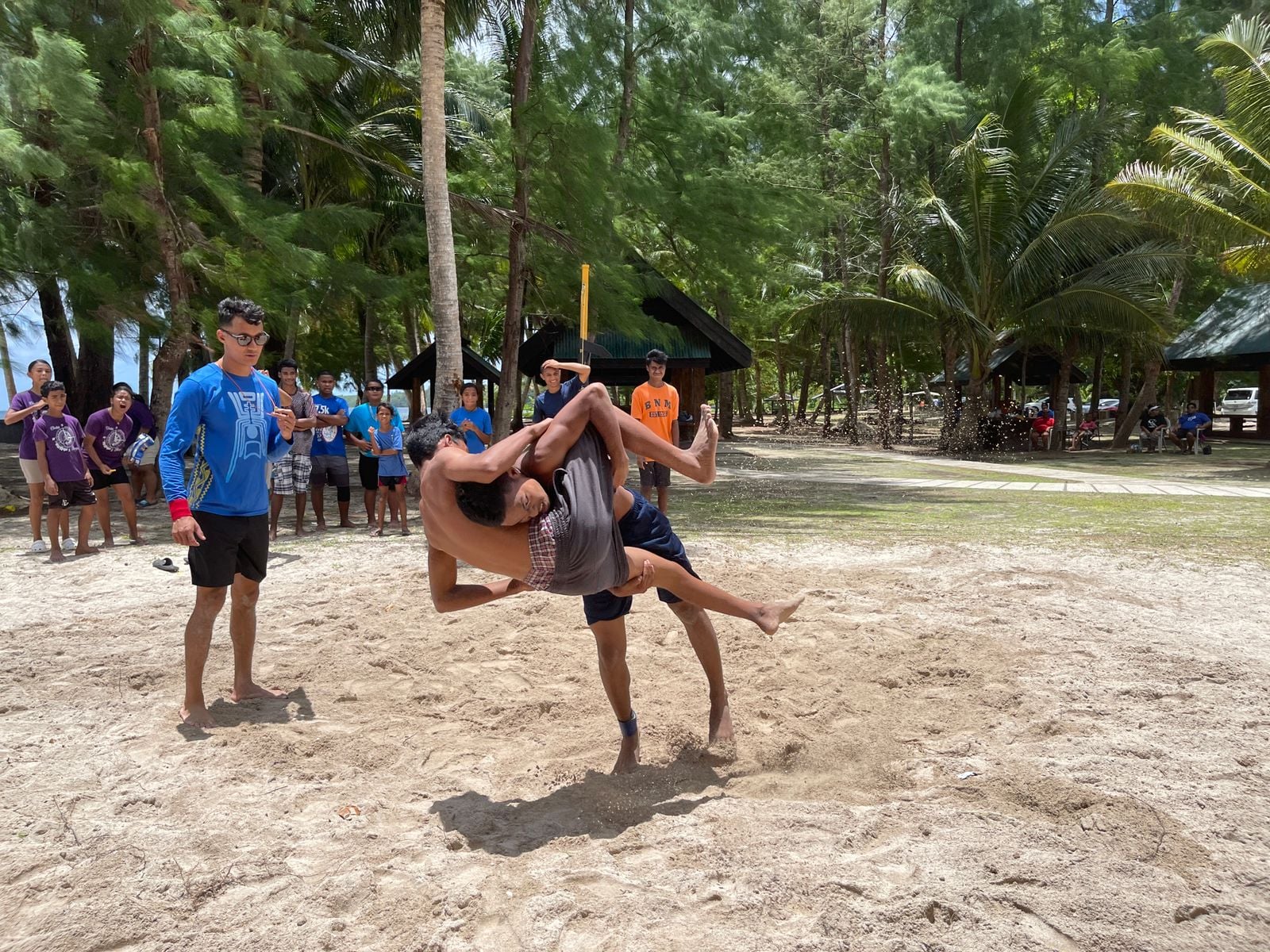 A wrestler finishes a double leg takedown at Kuabes Park during the Kerradel Beach Games.

The Beach Wrestling competition includes youths in boys and girls categories from ages 9 and up take part in the Games. There were about nineteen (19) athletes that competed in their respective pools. Each athlete competed in a double elimination bracket on Saturday where medals were earned as each athlete competed for their county. The overall points were tallied for the winning trophy and Elab County claimed victory as it placed 1st, Ngkeklau came in 2nd and Choll came 3rd respectively, followed by Ngebuked County and Ulimang County.

Congratulations to all participants and their youth representatives! 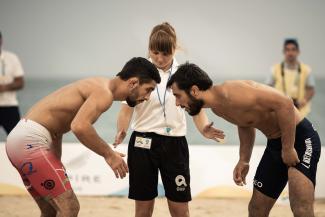 CORSIER-SUR-VEVEY, Switzerland (January 28) -- To the Black Sea and back - before the Kings and Queens of the beach will get coronated at the Beach Wrestling World Champions during the final stop on Romania’s magical Mamaia Beach in Constanta this September, the athletes will provide for high flying action, eye-catching throws and a lot of athleticism on beaches across Europe this summer.

With the season opener in Odessa, Ukraine, the World Series will return to one of its 2019 locations by the Black Sea and will be hosted in Spain for the very first time only three weeks later when Sanxenxo in Galicia calls to the beach. After back-to-back tournaments in Saint Laurent du Var on the Côte d’Azur in France and Katerini, Greece, in July the World Series and its recurring stars from four different weight categories for the women and men will return to the Romanian part of the Black Sea for a spectacular season showdown in charming Constanta.

As the athletes get ready for a stocked summer of beach bustle, let’s look back at the previous year’s most magical moments 3rdBeach Wrestling World Series season.

Save the dates & stay tuned for more details!

UWW Beach Wrestling
UWW, then known as FILA, codified the form of beach wrestling in 2004. Beach wrestling is standing wrestling done by wrestlers, male or female, inside a sand-filled circle measuring 7 meters (23 ft) in diameter. The style originally mirrored the rules used before the use of wrestling mats, and beach wrestling has been regarded as the oldest version of international competitive wrestling. The international rules have been modified in 2015 by UWW, with the current rules allowing wrestlers to score points via takedowns, pushing their opponent out of bounds, or bringing the opponent down to their back.

Find out all about the Beach Wrestling World Series at www.beachwrestling.org
Follow us on social media
IG @uwwbeachwrestling
FB @ Beachwrestlingworldseries
YT @ https://www.youtube.com/channel/UCU82VJze6xdYhhp3uEFA_tw/featured - watch the competitions live