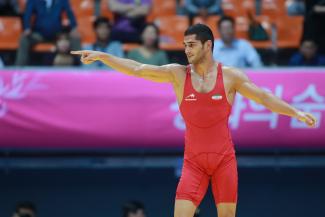 INCHEON, Korea (September 29) – World silver medalist Masoud ESMAEILPOUR (IRI) ended his season on a high note with a gold medal on Monday, the final day of men’s freestyle events at the Asian Games.

Esmaeilpour was joined in the winner’s circle by Meisam MOSTAFA JOUKAR (IRI) and Parviz HADI (IRI) while Ezzatollah AKBARI (IRI) added a silver medal to give Iran four gold medals and a silver for three days of freestyle wrestling at Dowon Gymnasium.

Esmaeilpour’s win in the 61kg final came at the expense of Bajrang in a repeat of their Asian championships showdown in April. 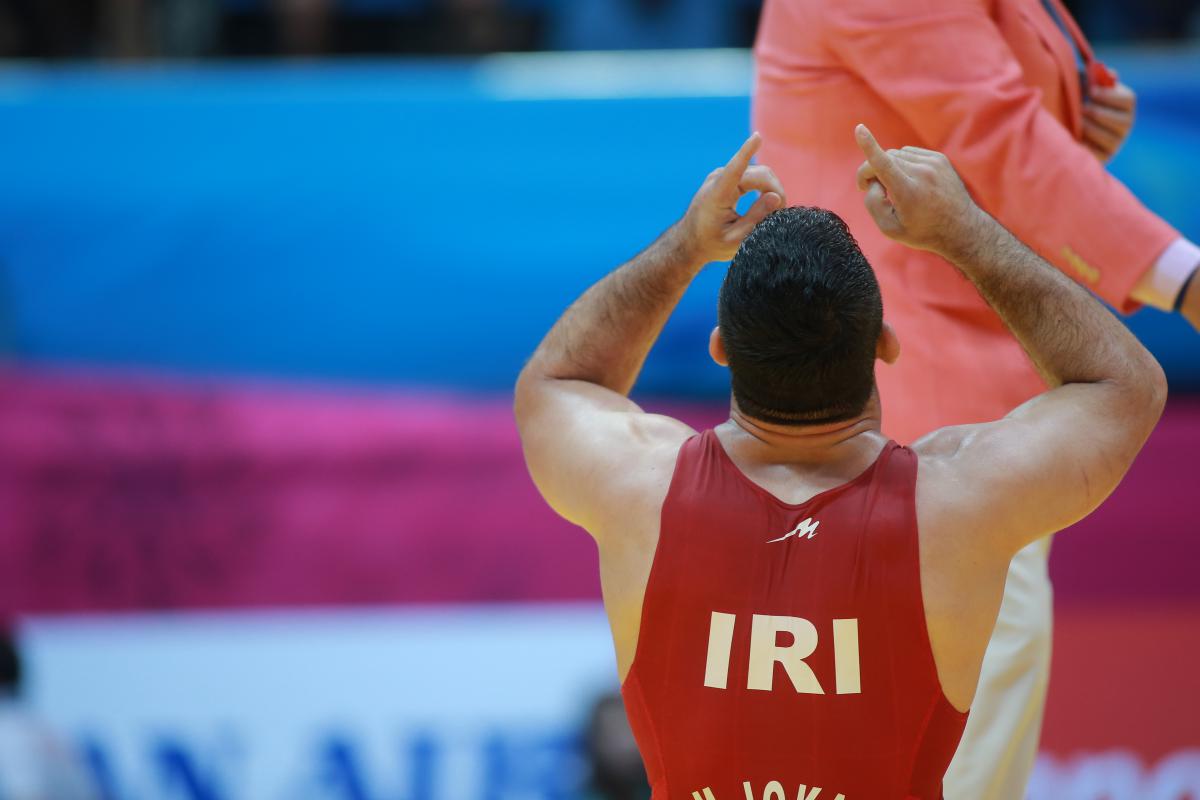 Mostafa Joukar, another Asian championships winner, turned away upset-minded Yesbolat NURZHUMBAYEV (KAZ) by technical fall in the 86kg final, while Hadi was steady in a 6-1 decision over Daulet SHABANBAY (KAZ) in the 125kg final.

Meanwhile, 2013 world silver medalist Akbari was penalized late in his championship final with 2013 world bronze medal winner Rashid KURBANOV (UZB) and came out on the short end of a 3-2 decision.

Kurbanov’s gold medal was the second of the freestyle competition for Uzbekistan, following a victory at 70kg by Bekzod ABDURAKHMANOV (UZB) on Saturday, the first day of wrestling at the Asian Games.

Also, Korea’s quartet on the final day all bagged bronze medals to give the Asian Games hosts one silver and five bronze medals overall in freestyle. 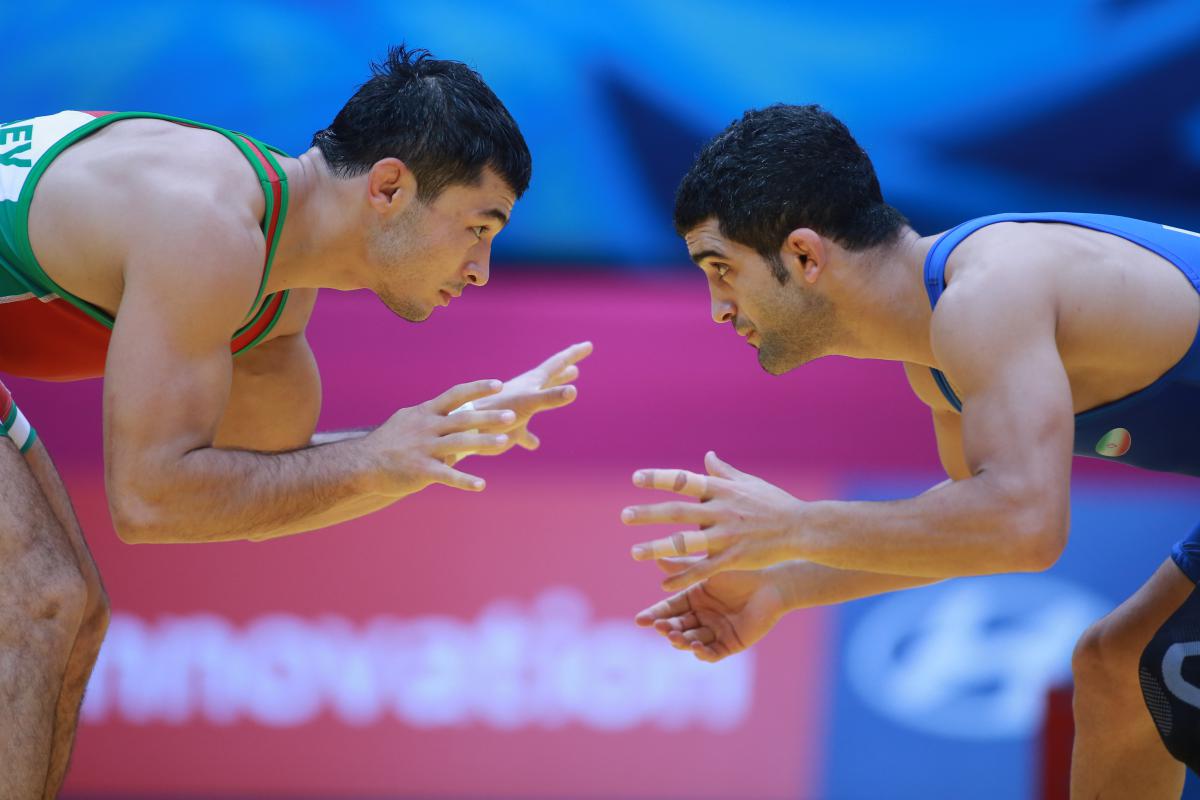 Masoud ESMAEILPOOR (IRI) lost the lead to Bajrang (IND) twice in the second period, but answered both times with takedowns – the last with 15 seconds remaining – for a 6-4 win.

Bajrang earned his fourth straight silver medal of the summer, including the Asian championships and a runner-up showing in the Commonwealth Games in July.

In the bronze medal finals LEE Seung-Chul (KOR) scored with an arm-spin throw and a bear-hug on his way to a 12-1 technical fall win over Daulet NIYAZBEKOV (KAZ) at 2:23.

Noriyuki TAKATSUKA (JPN) got a force-out at 5:47 and held on for a 2-2 win over TUMENBILEG Tuvashintulga (MGL). It was Takatsuka’s first bronze medal in an international event since earning a bronze at the 2006 world championships in Guangzhou, China. 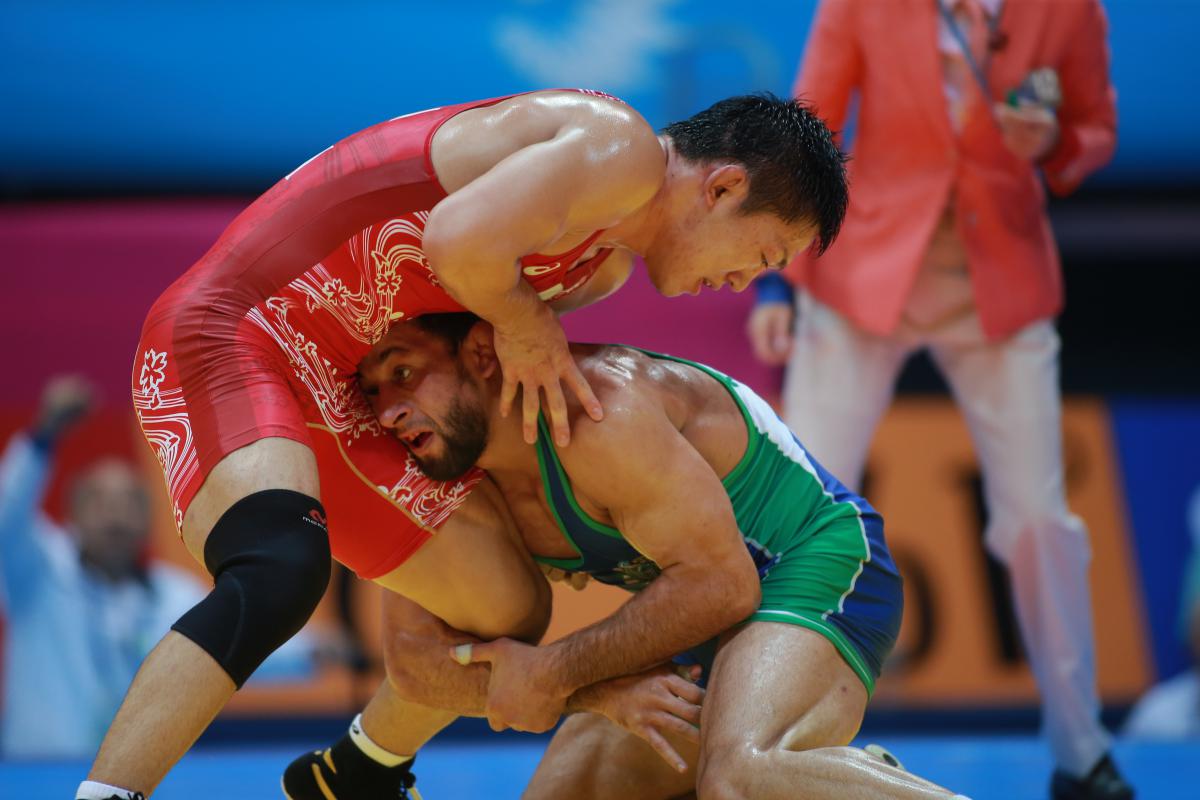 Rashid KURBANOV (UZB) received a pair of points off the 30-second shot clock – the last in the final minute of the match – and held on for a 3-2 win over Ezzatollah AKBARI (IRI).

In the bronze- medal matches, LEE Sang-Kyu (KOR) spun behind and added a tilt for exposure in the first period and then added another go-behind tin the second for a 6-2 win over Mohammad BUTT (PAK).

Narsingh YADAV (IND) spun behind a late takedown attempt by Daisuke SHIMADA (JPN) for a 9-7 lead at the close of the match (a challenge made it 10-7).

Meisam MOSTAFA JOUKAR (IRI) broke open a tight match in the second period with takedowns and go-behinds for a 14-4 technical fall over Yesbolat NURZHUMBAYEV (KAZ) at 4:47.

In the bronze medal pairings, 2013 Asian champion Umidyon ISMANOV (UZB) capped a 12-1 technic fall at 4:33with a pair of takedowns and a nearfall over Bakhodur KADIROV (TJK).

KIM Gwan-Uk (KOR), fifth at the Asian championships, ran over ZHANG Feng (CHN) with leg attacks and a 10-0 technical fall at 3:35. 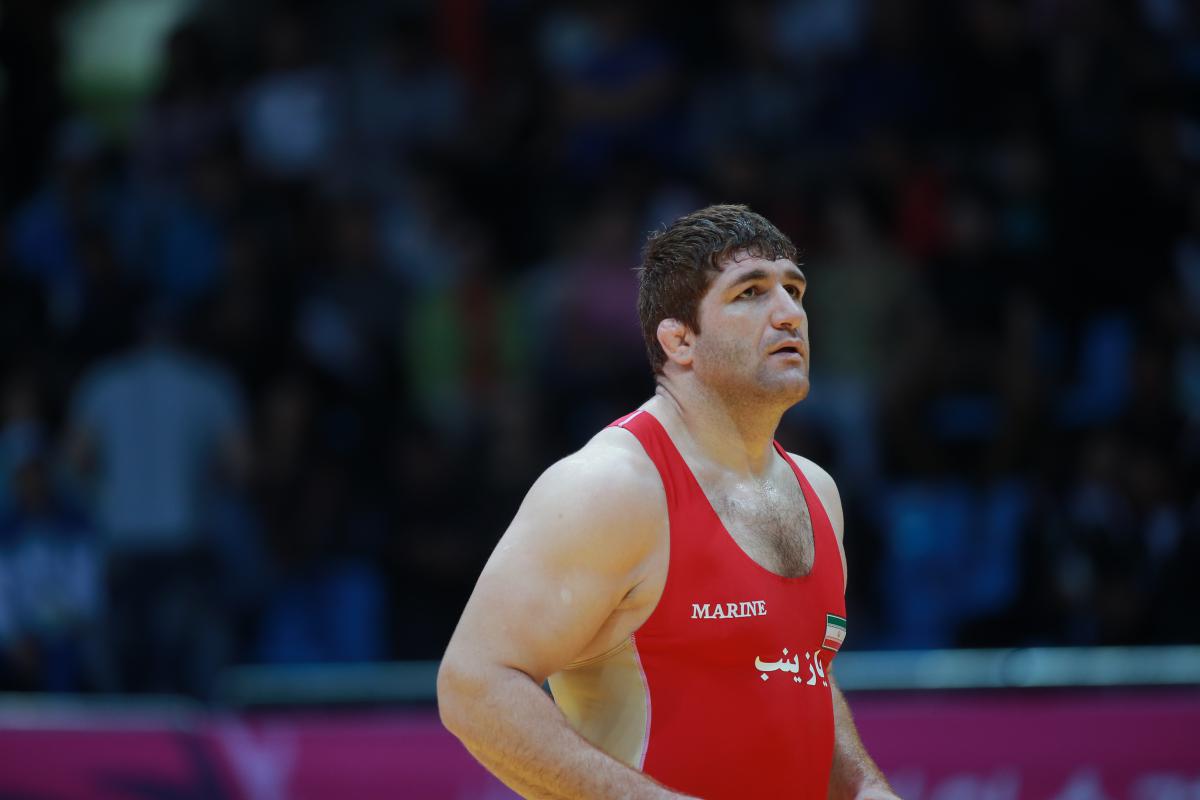 Parviz HADI (IRI), twice an Asian championships winner, opened with a quick single-leg takedown, but was then content for force-outs and counters for a 6-1 win over Daulet SHABANBAY (KAZ) and his first Asian Games gold medal.

In the bronze medal bouts, Nobuyoshi ARAKIDA (JPN) gave up an early two points but came back with a series of force-outs and takedowns for an 11-2 win over Raja AL KRAD (SYR).