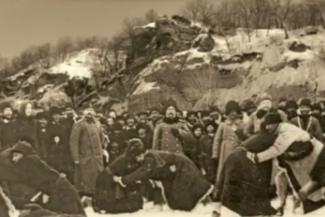 Belt wrestling "koresh" is a cornerstone of Tatars' national culture and historical heritage. Nowadays, it is still highly popular in the Volga and Ural regions, as well as among the vast population of Tatar emigrants around the world. Folk festivals "Sabantuy" have been held from immemorial times in the Tatars' dense dwellings throughout the Russian territory. Historical manuscripts dated as far back as 922 AD describe koresh competitions taking place in city squares and being the highlights of the Sabantuy festivals.

The first official All-USSR koresh championship took place in Kazan in 1928 and was followed by the first TASSR (Tatar Autonomous Soviet Socialist Republic) national championship in 1949. Since 1956, regular Tatar koresh competitions have been organised in honor of the national hero and poet Musa Jalil. At the turn of 1950 and 1960, the Federation of freestyle wrestling, Greco-Roman wrestling, and sambo started to develop Tatar koresh. Sportsmen from the neighbour regions, such as Bashkiria, Mordovia, and Ulyanovsk City came to compete in Kazan for the first time in 1959. In 1960, the capital of Tatarstan was appointed host of the first RSFSR (Russian Soviet Federative Socialist Republic) national koresh championship, an event that has been repeated every year since that date. It was organised in Kazan about 15 times, but also in other cities, such as Salavat, Orenburg, Oktyabrski, Tuimazy, Chelyabinsk, Cheboksary, Almetievsk, Samara, Ulyanovsk, Naberezhnye, and Chelny. Sportsmen from 36 Russian regions have participated in the Russian championships over the past years.

The foundation of the National Tatar Belt Wrestling Koresh Federation on 15 December 1958 was a big leap forward in the development of the national style of wrestling. Upon initiative of the World Tatar Congress and by decision of its constituent conference consisting of 57 Russian regions, the National Belt Wrestling Koresh Federation of Russia was founded on 15 April 2005 and Mr. Zaudat Minnakhmetov was elected President. It was registered by the Ministry of Justice as an All-Russian public organisation on 19 January 2006. It has been organising All-Russian and international competitions since 2005.

The tradition of folk festivals Sabantuy is widely spread and festivals are held annually in more than 70 Russian regions and in 20 near and far abroad countries.

The International Tatar Belt Wrestling Koresh Association was founded on 9 September 2009 with the aim of popularizing Tatar traditions abroad and offer Continental and World opportunities to all sportsmen wishing to compete in Tatar koresh. It became member of FILA's World Traditional Wrestling Committee in 2009 and held its second World Championship during the FILA World Wrestling Games that took place in Siauliai (LTU) in September 2009. The third World Championship was held in Kazan in May 2010 and attracted a participation of about 100 wrestlers from 17 countries. In April 2011, the cooperation between FILA and the International Tatar Belt Wrestling Koresh Association was sealed by the signature of a partnership agreement between Mr. Raphaël Martinetti and Mr. Zaudat Minnakhmetov. The international activity will continue to strenghten in order to bring the best possible belt wrestling competitions to the XXVII Summer Universiades that will take place in Kazan, Tatarstan in 2013.