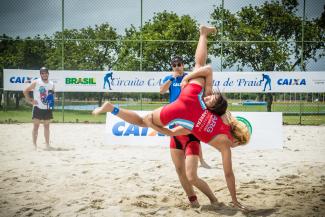 United World Wrestling today announced updated Rules and Regulations for the discipline of Beach Wrestling. The modifications of the rules comes after several years of tournaments and a desire to ensure fair competition which highlights technique and awards wrestling actions.

The most significant changes include: