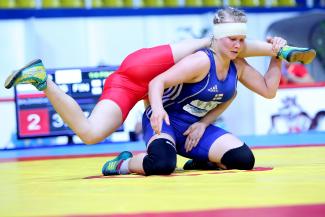 Corsier-sur-Vevey, SWITZERLAND (November 19) – Members of the executive leadership of United World Wrestling met last week in Moscow to approve a handful of changes to the 2015 calendar and discuss ways to improve existing World Cup competitions.

The executive committee agreed to allow CELA, the European Association of Wrestling, to add a U-23 continental championship in 2015. The event, which has been added to the official United World Wrestling calendar, will be held March 23-29 in Warsaw.

“The competitiveness of the European continent requires that we help wrestlers who’ve aged out of junior-level competition,” said United World Wrestling president Nenad Lalovic. “This tournament will give many wrestlers an opportunity to compete as they prepare to make senior-level squads in years to come.”

For future World Cup events United World Wrestling’s Technical Commission recommended the tournament be limited to eight teams, down from the previous ten invitees. The adjustment comes in response to the additional weight class added per style in 2013. The reduction in number of teams is also meant to ensure that the World Cup stays host-friendly to help control the cost of the event.

The 2015 World Cup draw will take place January 14 at the Museum of the International Olympic Committee in Lausanne, Switzerland. The top eight teams from each style in the previous year’s World Championship are invited to compete.

The United States finished 10th in 2014, but as host is awarded a spot.