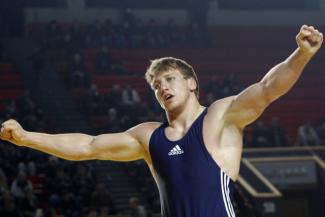 CORSIER-SUR-VEVEY (September 2) – Only three world champions from 2014 complete the year on top of the United World Wrestling rankings for Greco-Roman, but all eight champions are listed on the preliminary entry forms for the upcoming world meet in Las Vegas.

Mijain LOPEZ NUNEZ (CUB) won his fifth world title at super heavyweight in 2014 and added his fourth Pan American Games crown in July to headline the preliminary list of wrestlers expected to compete at 130kg in the September 6-12 championships.

Joining Lopez Nunez at the top of this special world championships edition of the Greco-Roman rankings are Davor STEFANEK (SRB) at 66kg and Artur ALEKSANYAN (ARM) at 98kg.

Meanwhile, with all eight defending champions from 2014 listed on their national federations’ entry lists, a special battle royal looms at 75kg making it one of the marquee events of the championships. 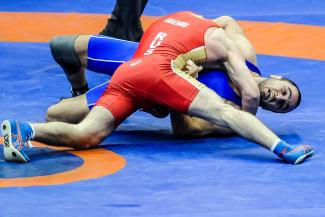 Labazanov and Bacsi, moving from their non-Olympic weight categories, are both entered at 75kg in a bid to secure a berth at the Rio 2016 Olympic Games. Rumors on the social media, however, suggest that London 2012 gold medalist Roman VLASOV (RUS) is still being considered as a possible alternate for Labazanov.

The world championships edition of the rankings provides an overview of which wrestlers will likely be competing in Las Vegas. Some changes may occur since entries do not need to be finalized until noon the day of the medical examination and weigh-in.

Ranked wrestlers not named on their federation’s entry list are mark “NE” or “Not Entered” while entries competing in a different weight category will be noted “[email protected]”.
Also, when a wrestler is listed as an “alternate” – No.2 or No.3 on the preliminary entry form – he/she is marked as “Alt” or “Alt2”.  In some cases, an alternate may be ranked while the top entry is not.

Wrestlers in this special edition of the rankings are listed by name, country code, and most notable result(s) in recent years or over their careers. 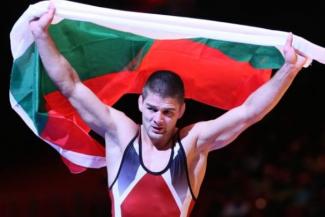 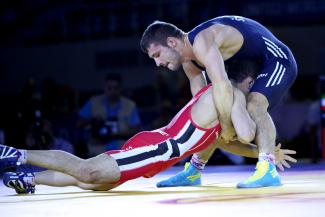 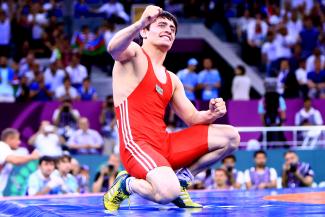 71kg – World bronze medalist Rasul CHUNAYEV (AZE) appears to have found his stride with a triumph before the home crowd at the European Games in Baku.

A number of wrestlers who have competed at 71kg over the last 12 months, like Tamas LORINCZ (HUN) and Chingiz LABAZANOV (RUS), have departed to 66kg or 75kg for a chance to earn a berth at the Rio 2016 Olympic Games. 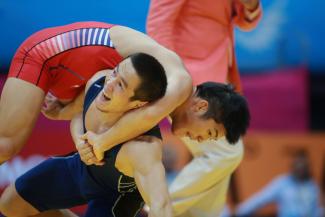 Unranked: Asian Games bronze medalist at 71kg Saeid Mourad ABDVALI (IRI), also a 2011 world champion at 66kg in 2011, steps onto the mats for the first time since Incheon 2014. 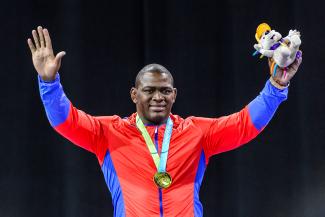 Former freestyle world champion Beylal MAKHOV (RUS) won a bronze medal in his initial foray into Greco-Roman in Tashkent and is considered in some circles to be the greatest challenger to Lopez Nunez.