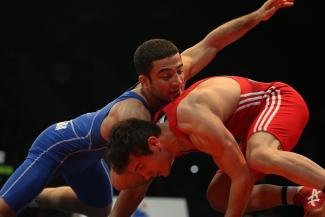 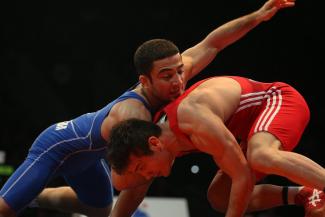 Azerbaijan secured two gold medals on the penultimate day at the United World Wrestling (UWW) Under-23 European Championships as men’s freestyle action came to the fore at the Bulstrad Arena in Ruse.

The country, which has a rich tradition in the sport, had topped the podium just once over the two days of women’s freestyle action in the Bulgarian city.

Mirjalal Hasan-Zada got his country off to the best possible start today, though, earning a hard-fought 7-4 victory over Baris Kaya of Turkey in the final of the 57 kilogram division.

Bronze medals in the category went the way of Russia’s Ibragim Ilyasov and Moldovan Ivan Zamfirov after they overcame the challenges of Bulgaria's Mehmed Zeyti Feraim and Ukraine's Taras Markovych respectively.

Azerbaijan then picked up their second crown of the day thanks to Nurmagomed Gadzhiyev, who stormed to a rampant success in his 97kg gold medal bout with Poland’s Mateusz Filipczak.

Gadzhiyev dominated the contest from start to finish, sealing victory in style with an 11-0 technical fall win. 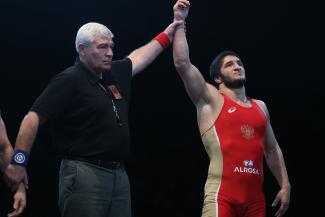 Russia sealed a hat-trick of men’s freestyle gold medals with a commanding display as the United World Wrestling (UWW) Under-23 European Championships drew to a close tonight at the Bulstrad Arena in Ruse.

Imam Adzhiev got the wrestling powerhouse off to the best possible start, claiming the 61 kilograms title with a technical fall success in the final against home hope Dimitar Lyubomirov Ivanov.

Azerbaijan, in superb form yesterday as their wrestlers picked up two gold medals, earned the first bronze thanks to Zalimkhan Valiyev, who beat Ukraine's Vadym Dukhno.

The other medal in the category went to Georgia’s Shota Phartenadze after he thrashed Mihai Esanu of Moldova.

The gold medal bout in the 70kg weight class proved to be an intriguing affair and provided Russia’s second crown as Rasul Arsanaliev edged Azerbaijan's Gadzhimurad Omarov 11-9 in a high-scoring contest.

Muhammet Akdeniz of Turkey and Georgia's Davit Buziashvili sealed the bronze medals on offer with victories over Frenchman Johnny Just Bur and Vasyl Mykhailov of the Ukraine respectively.